Forming an ethnographic set of great value, we find small functional buildings such as granaries, porches, mills, fountains, a beautiful dovecote and the homes of farmers. Hórreos or trojes, as these Galician granaries are called, constitute in themselves a historical-artistic heritage and are protected by Galicia’s Cultural Heritage Law. These constructions were intended for the storage of corn and other foodstuffs. Its pillars are supported by round bases in order to avoid humidity coming from the ground and to prevent mice and other animals from reaching the products. The walls with slatted shelves keep stored food well ventilated and allow for drying, preserving them in a state perfect for consumption. The granaries of the Allo are excellently conserved and make up a bucolic landscape with the green meadow as their backdrop. 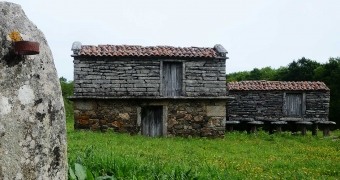 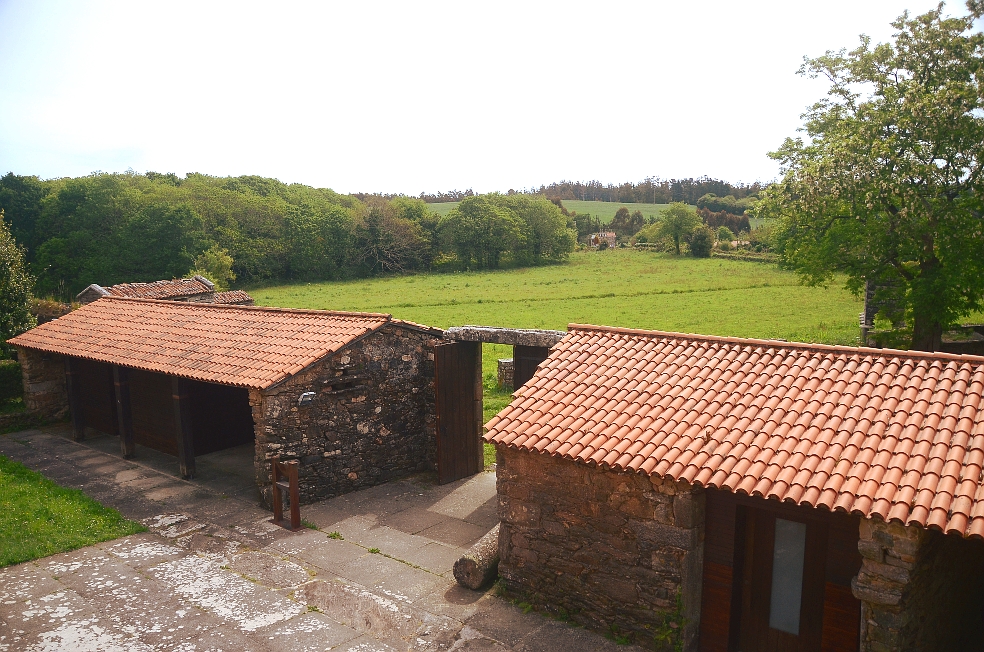 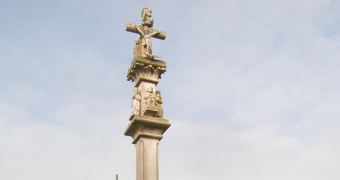 FOUNTAIN OF THE ROOSTER

Near the Galician granaries we find the Fountain of the Rooster, ‘Fuente del Gallo’ or ‘del Picho,’ a small stone spout of water at the door of the Pazo do Allo. This fountain, named after the figure of the rooster carved in granite at its head, is in fact the endpoint of a hydraulic circuit that stretches the perimeter of the farm of the Torres do Allo, crossing gardens and patios. Its construction is possibly modern since we can observe the use of a granary’s masonry to give form to the structure. 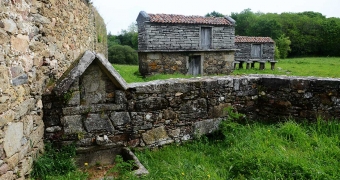 Fountain of the rooster

To this day, In the immediate vicinity of the Pazo do Allo there still remains a magnificent dovecote with a circular floor plan. Formerly, in Vilar de Francos, the land of the Riobóo’s ancestors, there had already been an important dovecote of similar characteristics. Constructions of this type were a sign of Galician nobility—having a dovecote on one’s land was an exclusive right of manor houses, the aristocracy or of ecclesiastical orders—and were common to 16th century Galician stately homes. As the saying goes: If there’s a dovecote, chapel and cypress, then it’s a manor house.” 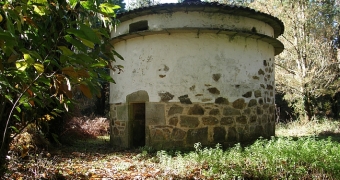 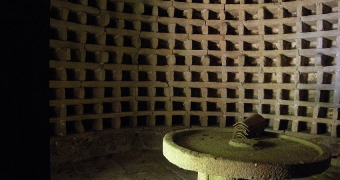 Interior of the dovecote