One of the biggest draws of the historic and ethnographic elements of the Torres do Allo is a visit to its chapel. Built in the 16th century by Gómez de Riobóo ‘the elder,’ the church is dedicated to San Pedro, of whom we can see carefully carved figure seated and presiding over the main doorway. The hermitage possesses several characteristics which make it unique. The two figures of Adam and Eve that watch over the temple’s main entrance stand out. Also noteworthy is the large latticed opening that crowns its façade which, square in shape, differs from the circular rose window, imbuing it with seriousness and character. Another unique element that makes this sanctuary worth visiting is its unusual lateral bell tower, rare in Galician religious architecture. 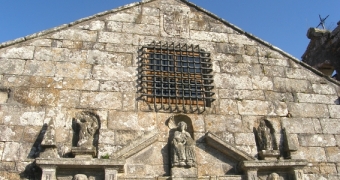 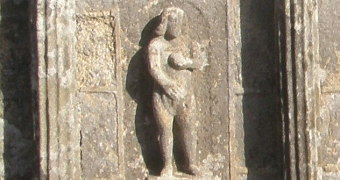 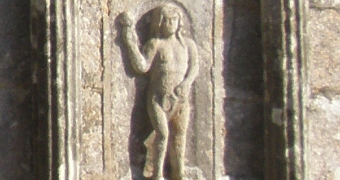 On a whole, this renaissance set is full of highly prized architectural details. The reredos façade presents a classic style which was used by the great masters in the early 16th century in Compostela. Its proportional and sleek lines bring to mind the façade of the Colegio de Fonseca in Santiago de Compostela. Two images in granite accompany San Pedro, one is the Virgin and the other is San Gabriel. We can find an etching of San Pablo, sword in hand, above the temple’s lateral door. The richness of the ornamentation is complemented by vegetative motifs on the frontal columns, marking an advance in the Baroque style. 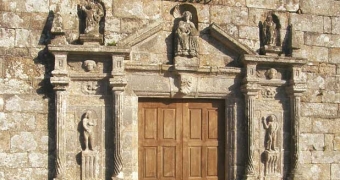 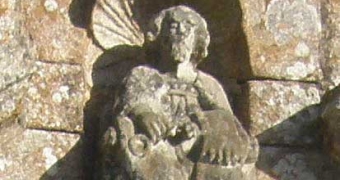 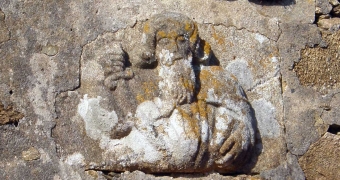 The chapel was restored in 1989, and thus is extremely well preserved. In its interior we can find a solemn high alter with an excellently conserved reredos. In its interior there are also two collateral alters dedicated to San Antonio de Padua and to San Ramón. The saintly imaginary is made complete by the figure of the Virgen del Carmen. 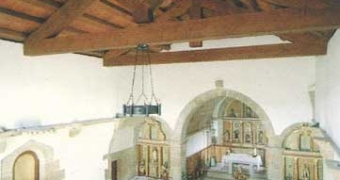 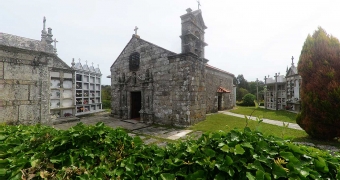 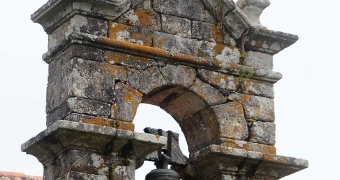 In the lands of the Allo secular power was concentrated in the House of the Riobóo and ecclesiastical power in the Church of San Pedro do Allo. These two elites were complementary but sometimes competed in power struggles, and hence the unusual occurrence that the chapel of Allo is physically in front of the facade of the manor house. 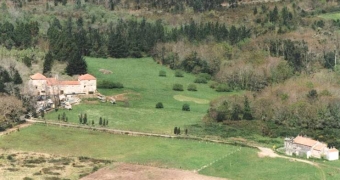 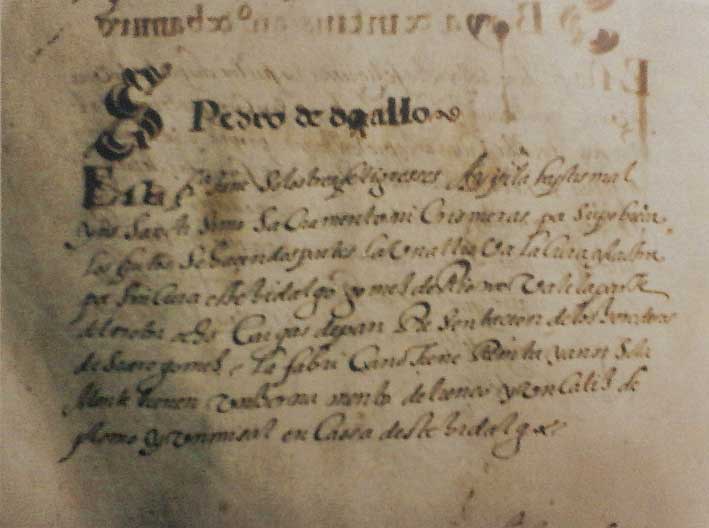 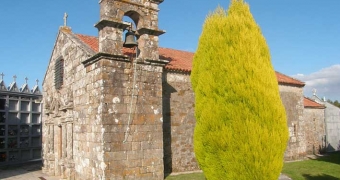 Side view of bell tower