The architectural complex of Torres do Allo, located in the municipality of Zas, in the province of A Coruña, is in all likelihood, the first of the Galician manor houses. Its construction dates back more than five centuries.. 500 years of history have passed over the stones that to this day still make up one of Galicia’s most beautiful mansions. In 1492, while another illustrious Galician would forever change world historiography by discovering the New World, the construction of a majestic building was finished whose workmanship and conception astonished the people of the fifteenth century. 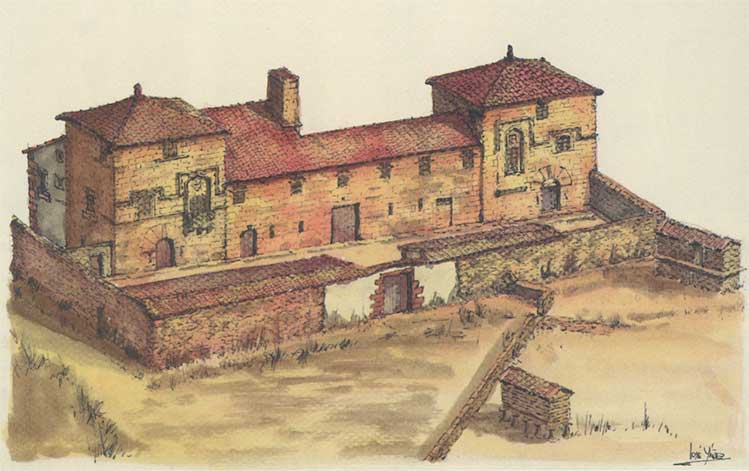 This manor house of the Galician nobility was far more than a building. It was in itself a social organization that joined and represented an entire community. Harmonically integrated into rural life, a pazo normally had associated areas and land reserves that were worked by the peasantry, over which the noblemen possessed tributary and even jurisdictional rights. Despite the fact that these were constructions of civil architecture, the fact is that many of them retained military features such as arrow-slit windows, latticework and coats of arms. In the manor house of Torres do Allo these elements are perhaps even more present, given the circumstances which gave rise to it. 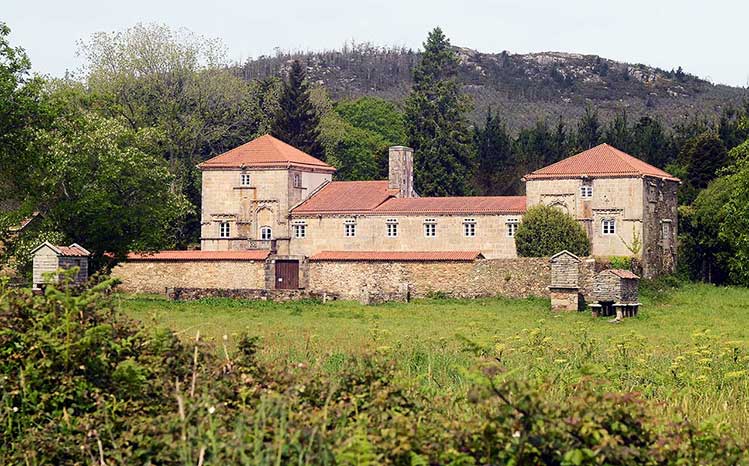 After the destruction by the Catholic Monarchs of the former ‘Castillo del Allo‘, belonging to the House of the Altamira, Count Lope Sánchez de Moscoso ordered the marriage of his daughter Berenguela con su “ayo”, his chief of service and trusted confidant of the Altamira clan. This is the most plausible hypothesis for the “Allo” etymon that gives name to this emblematic Galician manor house. There are also theories that claim that it comes from the Latin angelus, referring to the meander or curve made there by the nearby Rio Grande. The marriage bond with Gómes de Riobóo Vilardefrancos, descendant of the important house of Pardiñas, far from being a step back for the lineage of the Moscoso, was a strategic move to maintain power in the area. Lope Sánchez de Altamira, like all the nobles of his time, wanted to be closer to the monarchs, nevertheless, he leaves behind his daughter Berenguela Sánchez de Moscoso, Heiress of the Allo, authorizing the construction of a stately, semi-fortified building which would bear witness to the greatness of his lineage. Thus begins the story of the Pazo do Allo, midway between a castle and a Renaissance mansion: the first Galician manor house.