The northern tower of the Pazo do Allo eor Torre Norte—is also called the ‘Torre Viexa,’ as it appears in documents preserved by the Riobóo family for five centuries. The reason for the name is evident: it is the first of the towers built in the architectural group that makes up the Torres do Allo. Boasting a late or final-Gothic style, it’s construction dates back to the late 15th century by Alonso Gómez de Riobóo, son of Berenguela Sánchez de Altamira and Gómes de Riobóo y Vilandefrancos; the first inhabitants of the Pazo do Allo. The Torre Viexa, two stories high, is closely linked to the ‘fortress house’—a quadrangular thick-walled structure also called the ‘casa do allo’ from which its construction was supported. Over the course of many years this annex house was probably used as housing for the Riobóo’s servants. 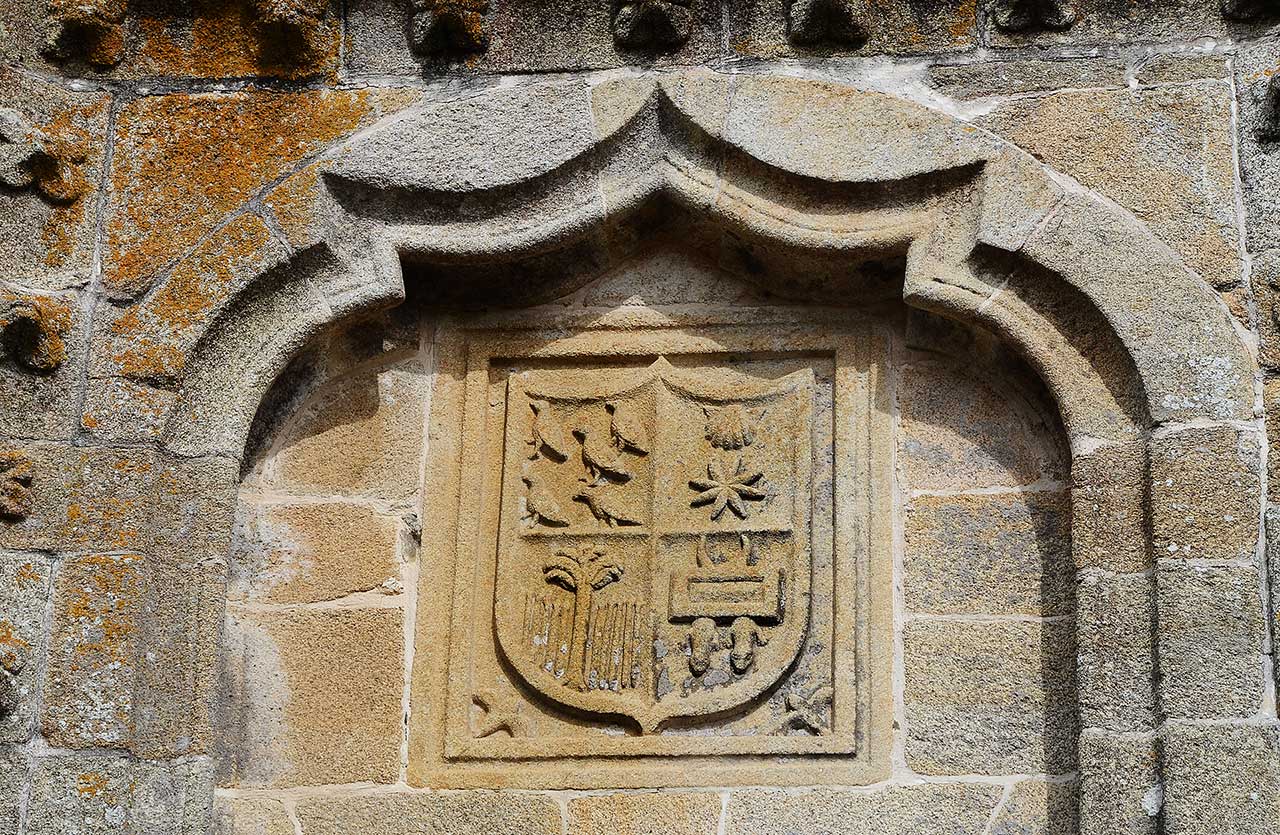 Despite being a civil construction, stately and palatial, the Torre Norte retains many defensive elements of military architecture. Its extraordinary massive walls, structural austerity arrow-slit windows from which spears and arrows could be fired, coats of arms, and the existence of a single reinforced entrance door confirm that the Viexa Tower is a kind of civil replica of what the castle of Allo would have been like. However, the tower is ornamentally rich, cwith ogee and mixtilinear arches, decorated with vegetative motifs, gargoyles and splendid windows of Hispanic-Flemish influence. Patent here is an ntention of artistic transcendence as the region’s intellectual beacon. 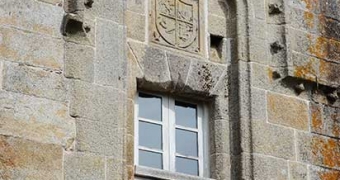 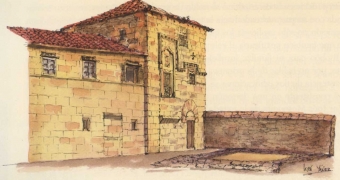 Still today, approaching from the oak grove entrance, it is impressive to contemplate the set formed by the North Tower (on the right), the central building of a pre-Renaissance facade and the South Tower or ‘Torre Nueba built almost two hundred Years after the first..